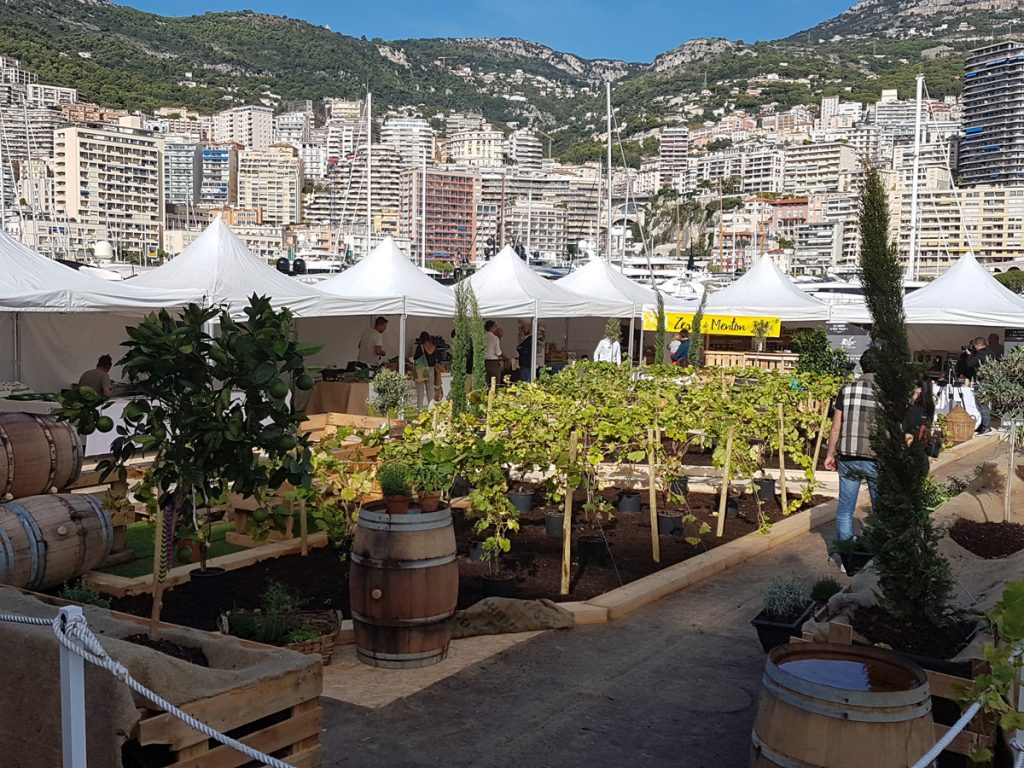 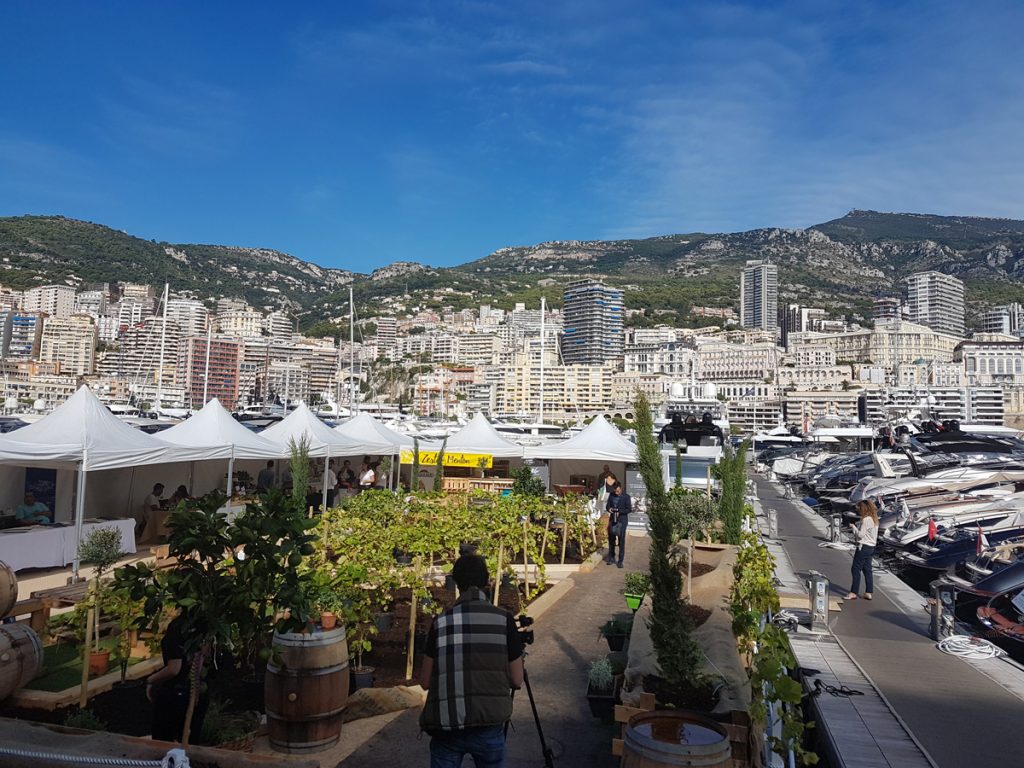 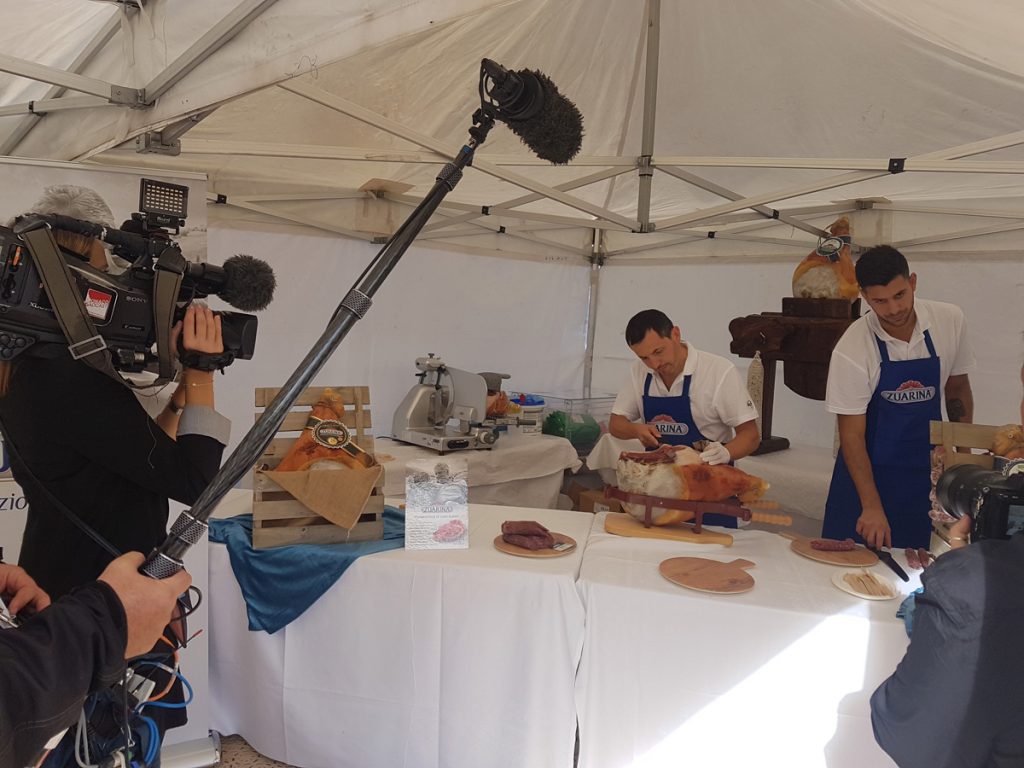 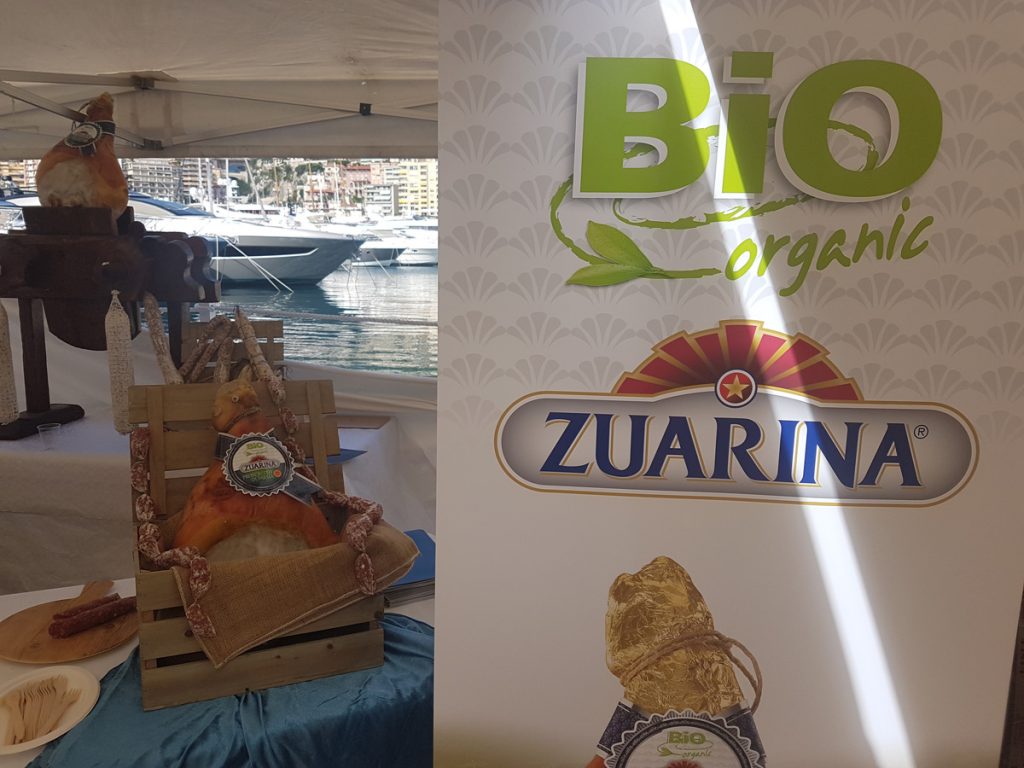 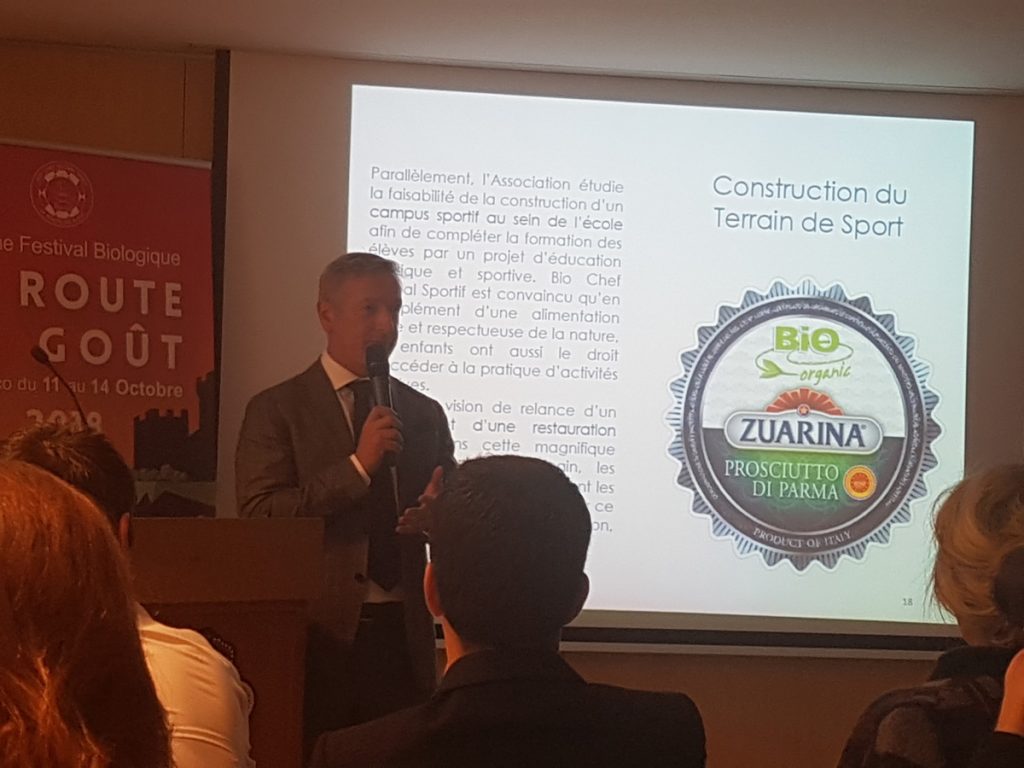 From the floating organic village to dinner with ten Michelin-starred chefs, to the slow cooking shows aboard the famous Riva motorboats: Langhirano’s historic prosciutto producer, well-known and appreciated for the sweetness of its hams in some of the world’s most prestigious locales, has triumphed in Monte Carlo with its Prosciutto di Parma Zuarina Bio.

Organised by Paolo Sari, the only organic Michelin-starred chef, and his association Bio Chef Global Spirit, the fair is the annual event for organic gastronomy and ecology and is philanthropic in its aims.

Monte Carlo, October 2018 – High-quality Italian meat, a pinch of salt, the artisanal touch of skilful craftsmanship and a slow and patient curing process. Zuarina, Langhirano’s historic prosciutto producer well-known and appreciated in some of the world’s most prestigious locales, triumphed in Monte Carlo to take its place in the exclusive circle of leading organic products selected for the “Route du Goût” (11-14 October), the annual organic gastronomy and ecology event organised by the Bio Chef Global Spirit association run by Paolo Sari, the world’s only Michelin-starred organic chef.

With the only prosciutto crudo to star in the event sponsored by Prince Alberto II of Monaco, Zuarina took its place alongside the other organic products of the “Route du Goût” and especially at the floating organic village. A new feature for this year, the floating garden, an organic and environmentally friendly farmer’s market suspended on the waters of the port of Monaco, was brought to life for three days by manufacturers, artisan producers and Michelin-starred chefs.

One of the fair’s main events was “The Flavour Market”, an organic dinner hosted at the Deck Restaurant on Monte Carlo Beach. In this exclusive setting, Zuarina was entrusted to the talents of Massimiliano Mascia, head chef at Ristorante San Domenico in Imola (2 Michelin stars), who brought out the artisanal craftsmanship, quality and sweetness of Zuarina Bio organic prosciutto in every dish served throughout the evening. The menu was crafted in partnership with more than ten Michelin-starred chefs “assisted” by a team of aspiring young chefs.

On Saturday, all eyes were on Marina Riva Monaco Boat Service for the evocative “Chefs Love The Planet” event, where the famous Riva motorboats were transformed into Michelin-starred restaurants, serving dishes created by top international chefs created using selected organic products sourced from sustainable farms. Zuarina was afforded an entire Riva Yacht, aboard which the skilful hands of chef Massimiliano Mascia brought out the very best of the Parma ham’s sweetness. 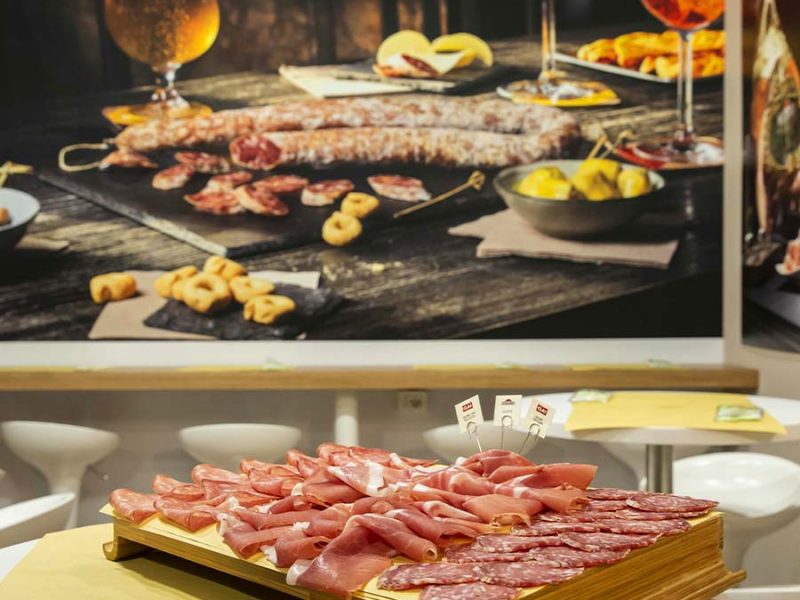 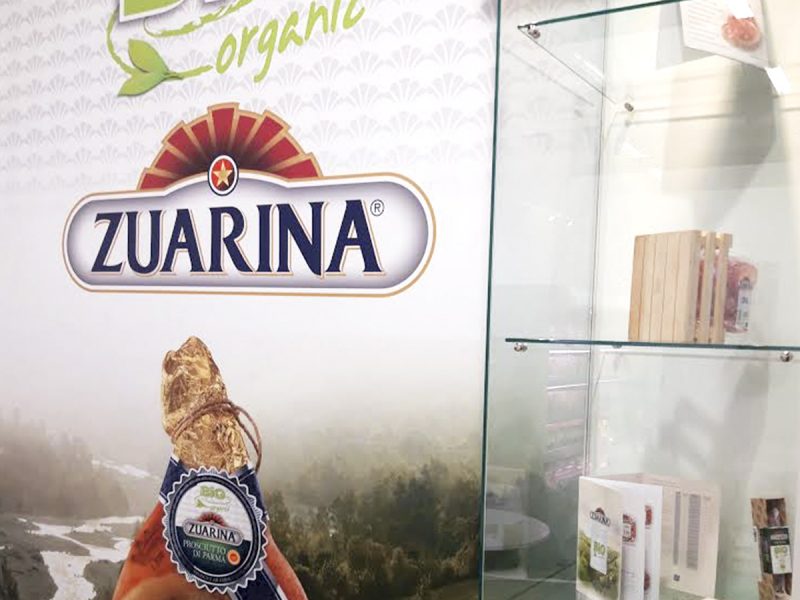 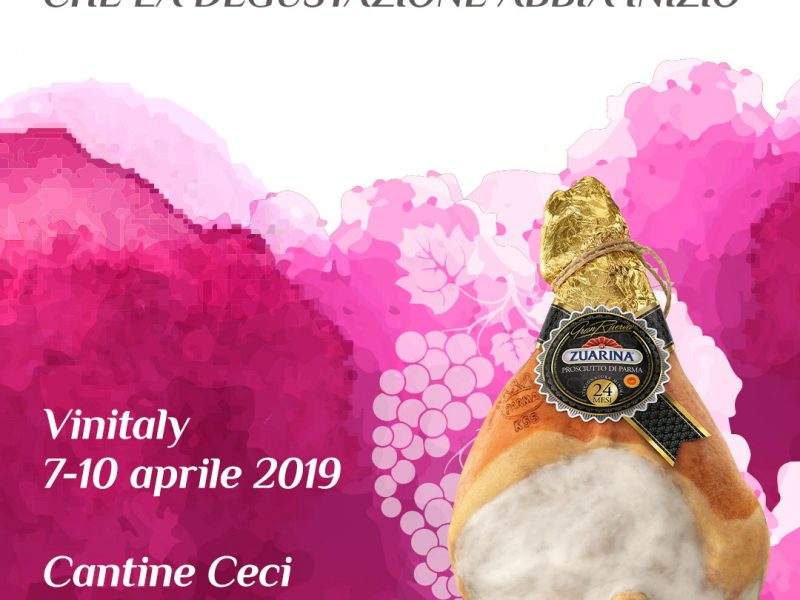